Your basket is empty.

Good Greek olive oil, cold pressed extra virgin can be used for a variety of cooking needs. However, olive oils from Greece are especially good for Greek salads or mixed vigorously with lemon juice to create a fruity dressing or for grilled fish. The flavors of Greek extra virgin olive oil perfectly complement these and many other Mediterranean dishes. 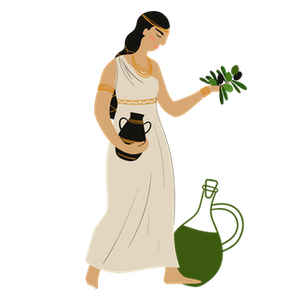 This is what you should know about Greek olive oil:

✓ Olive oil Greece, that belongs together

✓ Millennia-old cultural asset with roots back to the goddess Athena

Some general characteristics of Greek oils are:

Look forward to our offer and be sure of the best quality. Buy Greek olive oil now in our store and enjoy.

We are there for you !

Pleas rate us at Google - THANKS